Sydney Metro – a brief guide to a complex history

In researching an article on the implications of the Sydney Metro for the existing suburban rail network, I realised how difficult it was to understand, let alone explain, the very complex way in which the metro concept developed. There were at least half-a-dozen iterations of the proposal, with different modes and several route variations, before the current project was announced in 2012 – and even after that it has continued to evolve.

I decided it would be useful to develop a summary timeline of the project’s history. I have drawn from several sources, including several useful Wikipedia articles on proposed and implemented rail projects in Sydney, State government reports and media releases, the government’s Metro site, the Transport Sydney blog, my earlier posts on the metro and media reports. A PDF version of the timeline is available here.

Please note that this summary does not consider metro proposals prior to 1974, nor those made subsequently for metros and rail lines that were completely unrelated to either the earlier planned northwest and southwest heavy rail lines or the current metro projects. It also does not address related issues such as the genesis of the Sydney Metro West proposal prior to its announcement in 2016 or the debate over the state government’s leasing of government electricity assets, in part to provide capital for these projects. I have also included planned events from 2018 to 2026.

While I will continue to express my views of the Metro project and have added some comments to the timeline, I have tried to keep this summary as neutral as possible. If I have left anything out or got something wrong please contact me. 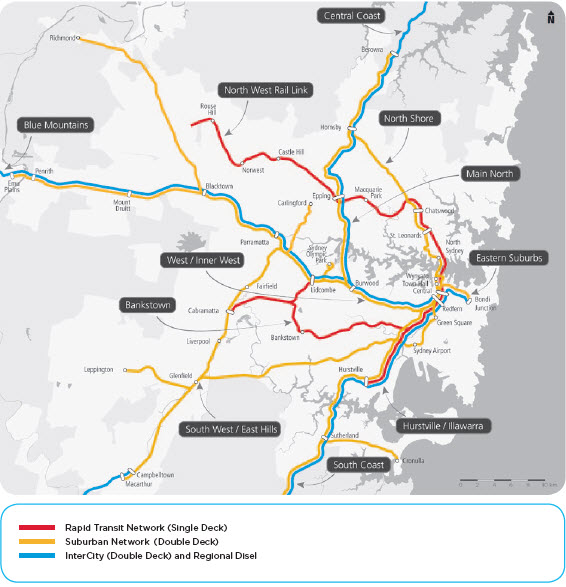