I’ve been fascinated by the reaction to this week’s commencement of construction of Sydney’s CBD and South East Light Rail (CSELR ) in George Street and the consequent changes to bus services in the city. While most people seem to have taken the project in their stride the response from others has been verging on the hysterical, especially on social media. Despite the extensive media campaigns there are those who are surprised that the project has actually started, not to mention those who somehow remained entirely ignorant of it.

Others are convinced that it will lead to the death of retail in George Street and gridlock in the city while some are convinced it’s all a plot by the Lord Mayor and are vigorously opposed to what they see as “Clover’s toy train”. Alongside these responses are the “should’ve” arguments from those who think the government has got it all wrong and instead should be either bringing back and expanding the monorail, or running the light rail down different streets, or building a metro or a heavy rail line, or putting in a bus tunnel, or making everyone move to the bush – or doing nothing at all.

Obviously this is a big change and there will be winners and losers both in the short and long term. There are also some aspects of the construction phase that can be handled better (for a start, not forcing those who bow have to change from a bus to a train or vice versa to pay a second fare would be a good idea). And not all opposition to the light rail can be labelled as hysterical; indeed, a number of reasonable arguments were made prior to the project’s commencement by several observers (including me) that suggested that one or two of the alternatives proposed above could have produced a better result. 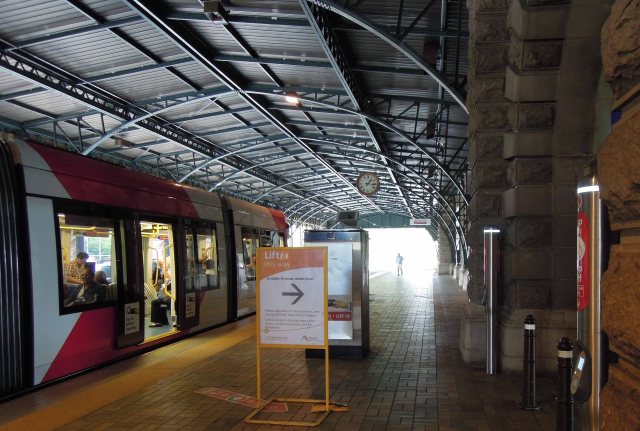 It’s a different ballgame however now that construction has started, so it’s probably worth looking at what the project is meant to achieve. The following is an expanded version of a response I put on Facebook after reading dozens of largely anti (along with some pro) light rail posts, in which I outlined the aims of the CSELR, why it is being constructed and why, despite its shortcomings, it should go ahead: