In signing a $1.26 billion contract with the Momentum Trains consortium for a new regional train fleet to be operated by NSW TrainLink the NSW Government seems to have learnt a few things from its chastening experience in selecting Hyundai Rotem’s offering to replace the intercity trains.

As part of the deal Spanish manufacturer CAF has been contracted to supply 29 trains based on its Civity platform. Unlike the intercity fleet, these trains will involve some local manufacture and assembly and will be maintained in rural NSW, with the bulk of the remainder of the $2.8 billion contract covering a new service facility to be located in Dubbo and maintenance of the trains for 15 years.

CAF also seems to have had a lot more experience in manufacturing the train it is contracted to provide than its Korean counterpart has had with making double-deck intercity trains. However, key questions remain – are the new regional trains going to be the best ones for the job and will the new fleet support the network’s future development? 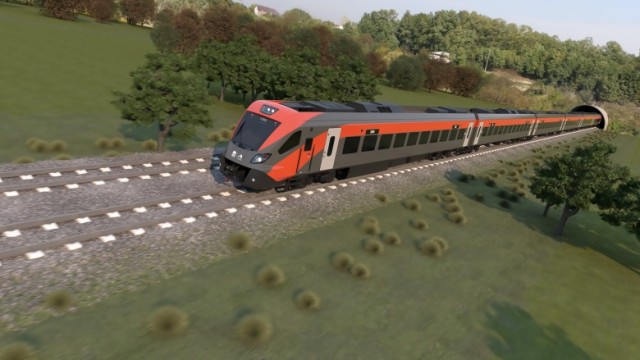 First to the trains themselves. While the Civity trains were launched in 2010 and had a fairly slow start in terms of sales, around 300 units are currently on order, mainly from operators in the UK and the Netherlands.

These trains are described by CAF as being “a family of modular low-floor trains designed for regional and commuter services”. Unlike the push-pull XPTs which make up over half the current NSW regional fleet, the Civity train cars are all self-powered, with options for electric, diesel, diesel-electric and bi-mode (electric and diesel) operation.

The NSW order involves an order for enough of the high-floor diesel-electric (DEMU) variant of the Civity to replace almost the entire current diesel fleet (the only DMUs unaffected by the order are the seven two-car Hunter railcars, which first entered service in 2006). The order consists of the following:

The trains will be delivered progressively, starting in 2023. In total 117 cars are being ordered, slightly more than the combined current total of 111 Endeavour and Xplorer trains and the XPT passenger cars (no XPT power car replacements are required as all the new carriages are self-powered). In theory this appears to allow for one or two additional trains to be operated in regular service, but it’s also possible that this capacity will be deployed to reduce the current intensity of use and also to accommodate operational changes resulting from the relocation of major servicing to Dubbo (see further discussion below).

As well as reversible seats, the new trains will be equipped with wider doors, accessible spaces, priority seats and accessible toilets, along with real-time information displays, CCTV, charging points, tray tables, seat pockets and reading lights. Passengers will have access to “filtered water, aeroplane-style overhead luggage storage and toilets with baby changing facilities in every carriage”. 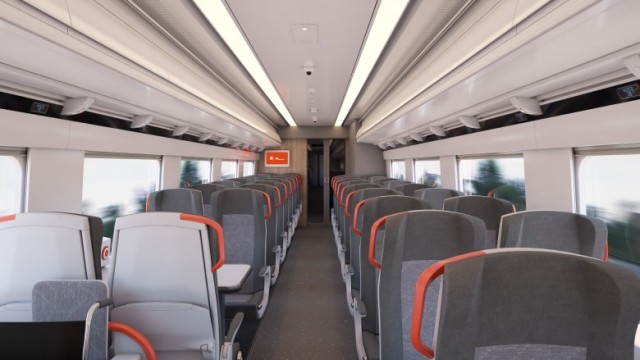 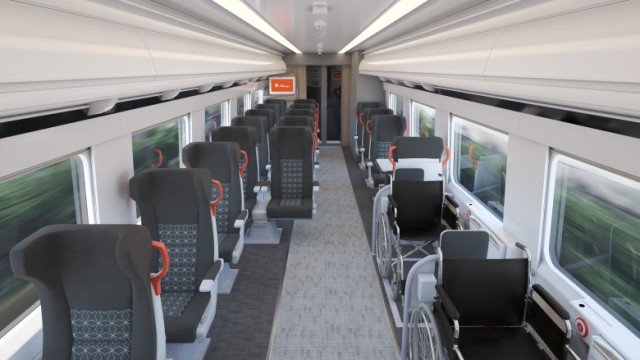 Given CAF’s reputation the trains themselves seem to be a safer choice than the earlier electric intercity fleet order, but some questions remain.

Customisation. The first is the degree of adaptation the trains will require for the Australian climate and the relatively poor state (by European standards) of NSW rail lines. The fact that CAF is based in Spain and has sold trains into Algeria, Turkey and the Middle East suggests that they are familiar with adapting trains for hot climate operation. However, the operating conditions in NSW could still pose a challenge, especially as the routes the Civity trains will be running here will be significantly longer than those operated by most of their counterparts in Europe.

For example, the current Wikipedia article on the NSW XPT fleet notes that: “Between each duty in Sydney, trains are serviced at the XPT Sydenham Maintenance Centre. This pattern has led to the XPT being one of the most utilised train fleets worldwide with only three significant periods of downtime in [their operating] cycle“.

Local content. The extent of local involvement in what the government calls the “fit out and commissioning” of the new trains which will take place at the new facility in Dubbo is unclear. While this approach reverses the policy adopted for the procurement of both the intercity and Sydney metro trains as fully assembled units, local input is unlikely to match the nearly 70% local content involved in the manufacture of the VLocity regional trains in Victoria.

Depot location. While the location of the maintenance depot in Dubbo is no doubt a win for the inland city, it means that most of the trains will have to undertake hundreds of kilometres of “dead” running from the other lines to travel to Dubbo for maintenance. The decision to retain and upgrade the Sydenham XPT facility as a metropolitan base for refuelling, provisioning and “corrective maintenance” will reduce but clearly not remove the need for the new trains to visit Dubbo for major repairs and servicing.

Sleepers. There does not appear to be any mention of sleepers in the documentation, though the government is yet to confirm that it will not be replacing the eight XPT sleeping cars. While this would inconvenience some long-distance travellers, there is one advantage, given the order involves a similar overall number of carriages – an increase in seating capacity.

Power plant.  The choice of propulsion for the new trains seems a little short-sighted. While the DEMUs will be an improvement in terms of emissions and efficiency compared to the current all-diesel fleet, the government did not select the bi-mode diesel-electric/electric variant on offer. This option would have allowed the trains to run in electric mode on the suburban and intercity network, further reducing pollution before switching to diesel outside the metro area.

Number of cars. As noted earlier the 117 new train cars represents a very modest increase on the current fleet, which seems to imply the government not planning a significant boost to current service frequencies or network coverage. Given the current intensity of usage of the XPTs mentioned earlier and the requirement for the new trains to travel to Dubbo for major servicing, there would be little capacity to do so without additional trains. This seems inconsistent with elements of the government’s own strategy to review and upgrade regional rail services, though it will be interesting to see if the contract with Momentum contains any options to order further trains.

Operating speed. The new trains have a maximum speed of 160km/h, which is no faster than the XPTs they will replace (they are described as “scalable to 200km/h”, though it is unclear what this means). The government’s documentation seems to imply that higher-speed trains are not required, stating that “while some time savings may be possible through timetable changes, increasing train speed would require significant infrastructure upgrades to train tracks, stations and platforms”.

Given its recent announcement about investigating high speed options for NSW regional rail services (discussed in the most recent Strategic Matters post), it’s surprising that the state government did not use the tender to seek trains with confirmed 200+km/h operational speeds which could have provided an intermediate step to “full” high-speed trains as infrastructure is improved. Of course, the Civity trains will be able to handle any modest potential increases in average speed resulting from minor track improvements, but the government will now have to order an additional fleet of faster trains if it decides to make more substantial upgrades to the regional network.

Are these the right trains for NSW?

In summary, the Civity trains will provide an overdue replacement for the current ageing regional train fleet, which is increasingly prone to mechanical problems – provided the new trains can cope with the operating environment and high intensity of use. The purchase of a new upgraded fleet would also seem to secure the future of regional rail services in NSW.

On the other hand, the number and type of trains on order suggests that the state government is planning to make at best only incremental upgrades to rail infrastructure well into the medium term. This seems to sit at odds with the Premier Gladys Berejiklian’s promise to start development of a fast rail network “in the next term of government”.

I concede I observed in my article on fast trains that whichever party wins the upcoming NSW election could follow Victoria’s lead in making a “medium-term investment in moderately fast trains” for which 160km/h railcars would be sufficient. However, the one-off purchase of a completely new fleet presented an ideal opportunity to go one step further by acquiring an increased number of 200+km/h trains.

The Civity order suggests the government has declined to take up this opportunity, which in turn throws into question the depth of its commitment to fast rail. It seems NSW passengers could be locked into slow and limited regional train services for some time yet, even if these services are a lot more comfortable and reliable.